“We have been pioneers in citizen participation, but this time we really want to accelerate and change paradigm so as to hit a milestone.”

– Jean-Christophe Peterkenne, Strategy Director of the City of Liège.

And they definitely did. With its CitizenLab platform #RéinventionsLiège, the city of Liège (Belgium) collected more than 1,000 proposals and 95,000 votes. Almost 30,000 visitors browsed the platform which represents around 15% of the city population.

After an open call to ideas on the online platform #RéinventonsLiège, the City opened the votes. Ultimately, the best ideas will be designated and will be integrated in the City Plan. Ideas gathered were then classified into the following topics: mobility, energy transition, participatory and collaborative city, art, culture, heritage, tourism, green spaces and urban planning.

The employees of the City of Liège have shown great dedication and adhesion to the citizen participation project, with sustained feedback efforts and permanent contact with users. Who were the people involved within the administration? The operational side was managed by one platform key user: the Smart City Manager of Liège, occasionally assisted by other city clerical employees. The communication side was handled by the Communication Department of the city itself.

The Liège Communication Department did a great job in making sure the majority of residents would be well aware of this online citizen participation initiative. This communication success relied on well-targeted, smart efforts.

We listed them below according to the Paid, Owned, Earned framework:

Liège could also count on the advice of CitizenLab’s engagement specialists before, during and after the participation process. They received tips regarding the formulation of the communication on the platform itself and on effectively mixing communications on both online and offline channels. The city administration also received a dedicated support of CitizenLab to reorganize the ideas that came out the frameless ideation process, in a clear and workable way, including optimised spreadsheets and an online platform reorganised around the 8 main topics of the ideas.

The next steps for the City of Liège

The voting period ended on June 25th and the city is now in the process of analysing more closely the best-voted proposals and will provide feedback. First, by transparently reporting on the key figures and the trends observed. Second, by involving administration departments in describing how citizen proposals would be – or not – taken up in the design of Liège’s next Masterplan, which will occur next Fall.

Want to know more about the success story of Liège? 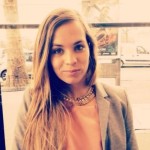 EMLyon Business School graduate with a strong interest in Civic Tech and digital democracy. Tweet her at @PaulineRiviere.

Read Article
There are currently no comments.

What digital democracy builders can’t miss on your Twitter feed? We have curated a list of active and inspiring profiles,...

Say what you will, but 2020 has been an eventful year. In 7 months, social movements and a pandemic have forced local democracies...

“A lawyer by training and a techie by inclination.” That’s how TED describes Professor Beth Simone Noveck. And...